The “Facebook: The Inside Story” is an interesting book that reveals the history of Facebook and Facebook leaders. Facebook is written by the author Steven Levy. Levy is an editor at large at Wired. His previous positions include editor in chief at Backchannel and chief technology writer and a senior editor for Newsweek. Steven has won several awards during his 30 plus years of writing about technology, including hackers. In this book, Steven describes Mark Zuckerberg, who is the owner of Facebook. The author reveals the history of Facebook and Facebook leaders. 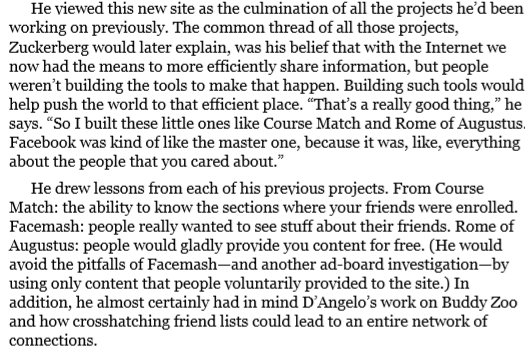 In early 2009, Facebook moved to its new 150,000 square feet Headquarters at 1601 California Ave. in Palo Alto, CA. Facebook was mentioned in a third of divorces. The controversial events that Facebook has been involved in within the last several years have resulted in some serious reconsiderations in the minds of Facebook management and Facebook users. In order to protect their privacy, some people are taking more precautions than before. Furthermore, millions of words have written about Facebook, but no one told the entire story, documentary, and missteps. After reading this book, the reader will know all about Facebook, for example, documentary and missteps. To sum it up, Facebook is a fascinating book that reveals the history of Facebook.