Muthi Bhar Mitti Novel is fiction, literature, redemption, Indo-Pak and paranormal novel which describe the story of a family during the partition in Hindustan. Umera Ahmed is the author of this classic novel. It’s 1945 when the ideology of two different nation is fighting for their right to get freedom. There are two parties in the Hindustan, Congress and Muslim League. Congress is supported by Hindus and Muslims both but Muslim League only supported by the Muslims as they wanted their own place to live and worship their Allah Almighty. Mubarak Ali is the member of Congress and he does not like the motto of the Muslim League. 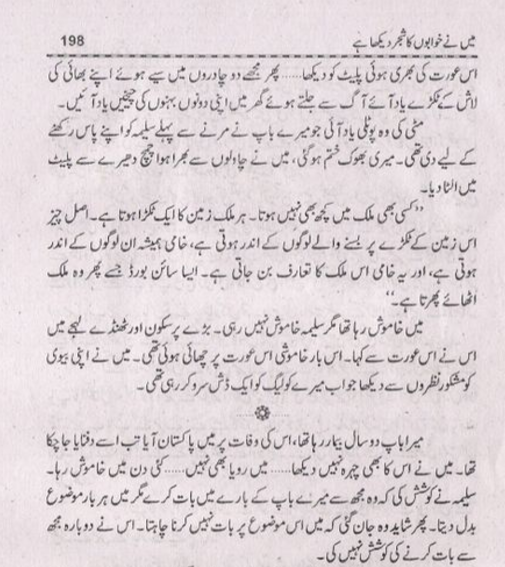 Congress agenda is to unite the whole Hindustan and stop Muslim League from their agenda of separate land. Mubarak is almost fifty-year-old who have two sons. His older son, Muzaffar is supporting Muslim League and they both have serious debates sometimes. Mubarak does not like Muzaffar to support Muslim League but he can’t do anything. Muzaffar admires his leader Muhammad Ali Jinnah and he will do anything for his party. He is doing door to door campaign for the elections. The role of Aligarh University is important in the progress of making Pakistan. After results, Muslim League Won and Muslims have to migrate to their majority areas. The real test begins now, Mubarak and Jamaal only able to see Pakistan and his whole family slaughtered by Hindus including Muzaffar.