The “Qala Jangi” is a fiction, thriller and suspense novel that reveals the War in Afghanistan. The author of this fiction novel is Mustansar Hussain Tarar. He was born in 1939 at Mandi Bahauddin, Pakistan. He was educated at Rang Mahal Mission High School and Muslim Model High School, both in Lahore, Pakistan. He pursued higher studies at Government College, Lahore, and London. He spent more of his time watching movies, hanging out with friends and reading books. Mustansar Hussain has written more than 50 books including fiction and non-fiction. He also became a television actor and a host of Pakistan Television Corporation morning show Subah Bakhair. 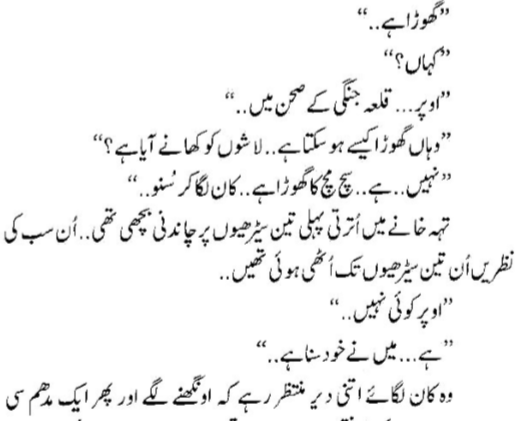 The Qala Jangi fictional story is based on a real event that happened during the Afghan war. The author describes Seven Jihadists, who escaped their performance during an air-strike, end up in the basement of the Qala. These seven strangers, dying of hunger, thirst and severe injuries but become friends in the few days they spend together. Additionally, Mustansar Hussain Tararhas described the impact of war in this novel. To know more about these seven Jihadists, they were safe or not after the war, read this fiction novel.

Click on the button given below to download PDF Novel Qala Jangi by Mustansar Hussain Tarar. You can also download Khuda Ki Basti by Shaukat Siddiqui